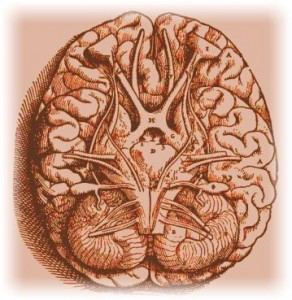 Going through some old papers, I recently came across a note from a writer friend who died at a relatively young age.

She had trained as a journalist and then tried her hand (unsuccessfully) at novel writing.  While waiting for a publisher to recognise her genius as a novelist, she became an advertising copywriter before, eventually, establishing herself as a reasonably successful dramatist, writing mainly for radio and TV.  But perhaps her most interesting writing was the writing that she did to – in her own words – ‘try to work out what I think.’

The note I found was written on the back of part of one of her ‘think’ pieces.  And what was striking about the think fragment was the fact that, despite being written solely for her own benefit (and in fat black pencil on a sheet of A4 lined paper), it was very carefully crafted.  Many ‘initial choice’ words had been changed.  And many sentences had been revised three or four times in what appeared to be an effort to get it ‘just right’ – not just in meaning, but also in style.

I couldn’t help but contrast this with a conversation I had recently with a young media studies graduate.  ‘The thing is,’ the grad said, ‘nobody really needs to know how to write a ‘proper’ [she did the bunny ears thing] sentence anymore.  Text and Twitter, that’s how people communicate.  And in five years’ time it will be something else, something that we haven’t even thought of yet.’

‘But you wouldn’t want to read a whole book of text speak,’ I said.

‘I don’t need to read a book,’ she replied.  ‘There are so many better ways to get in touch and stay in touch.  Spend some time on YouTube,’ she advised.

Our writer friend died a couple of years before YouTube and Twitter were invented.  But, had she survived a little longer, I wonder if either would have helped her to work out – with the clarity of a few well-written sentences – what she thought.