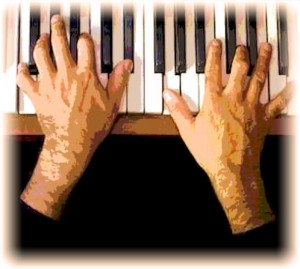 Find something that you love doing and you’ll never have to work another day in your life.  At least that’s what we are often told.

My maternal grandfather combined his aptitude for things mechanical with his love of music to become a piano repairer.  That was back in the days when every second middle-class – or aspiring to be middle-class – household had a piano.  The piano was the family’s centre of in-home entertainment.

But pianos tend to require quite a lot of maintenance.  And so my grandfather travelled from house to house, tuning, regulating, voicing, repairing, and, sometimes, basically rebuilding the household’s treasured (but often neglected) instrument.

If my grandfather was plying his trade today, he’d be a piano technician.  And he wouldn’t repair pianos, he would service them.

Something similar has happened to the mechanics who used to repair motor cars.  They too have become technicians.  And rather than carrying out repairs in a garage, they provide service in a service centre.

Back in the days when many university students managed to get a summer job that would almost make them enough money to see them through the rest of the year, I spent a couple of summer breaks working at a meat processing plant.  I started out as a general hand, progressed to being a packer, and then becoming a strapper.  The following summer I started out as a lab assistant and moved on to become a production analyst.  (Knowing something about chemistry helped.)

As you might expect of a meat processing plant, a lot of the employees were butchers.  But, from the slaughtermen at one end of the chain to the graders at the other, there were at least seven or eight different kinds of butchers.  And that was before you dropped down a floor to where perhaps the most skilful of all the butchers – the boners – worked.

Elsewhere in the plant,  you could find pattern makers, founders, fitters, turners, riggers, fellmongers, tanners, cutlers, and fettlers ( the chaps who kept the plant’s private section of the railway in tip top order), as well as men and women from many other trades.

Not far from the meat processing plant there was small building that housed a luthier, a maker and repairer of stringed instruments.  About 25 years after I last clocked off at the meat plant I went past the luthier’s building.  It was still there.  Except its sign now proclaimed that it was the workshop of a guitar technician.

I guess that makes me a word technician.  But I can’t help wondering what sort of technicians the fettlers have become.