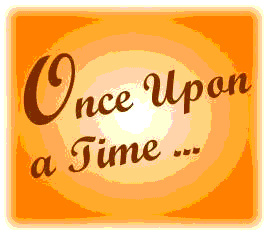 Our client was perplexed.  His organisation had pitched to seven prospects, and only one prospect had said yes.

The contracts for which our client had been pitching were not insignificant.  The smallest (by value) would have been worth well over a hundred thousand a year; the biggest just short of four million a year.

‘I think we need someone independent to go and talk to each of the prospects and see if they can find out what we did right and what we did wrong.  Is this something that you might do for us?’

The first prospect with whom we spoke said that our client had understood their RFP perfectly and had put forward a credible and competent proposal.  But the company they had eventually gone with just had ‘a certain something extra’.  Exactly what that certain something was, our informant could not quite say.  It was just ‘something’.

The second executive we interviewed had a similar story.  ‘Your people were very good, very professional,’ she said.  ‘But the others had something extra.  I’m not sure what it was.  But we all agreed that they had it.’

The third former prospect knew exactly what it was.  ‘In terms of the actual proposals, there was really nothing in it.  But we felt that the other guys told a better story.  They told a story that we felt we could engage with.’

By the time we had conducted all seven interviews it was clear that our client had, in each case, lost out on just one thing.  They had ticked all the boxes bar one.  They had understood the RFPs perfectly.  They had analysed the situation.  They had offered insight.  And they had come up with impeccably logical solutions.  But they had failed to present their solutions as part of an engaging story.

As human beings, we have a natural penchant for stories and storytelling.  Stories are how we make sense of the world.  We find carefully thought-out logical arguments appealing, sometimes very appealing.  But we find logical arguments wrapped up in a well-told story, even more appealing.

The message is simple: if you want to win them over, tell them a story.  And tell it well.