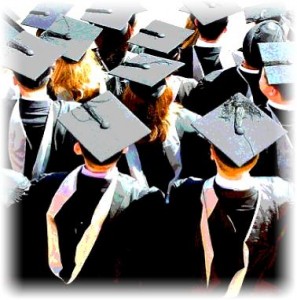 I have spent my working life in the communication business.

In the early days, the people with whom I worked were often marketers or market researchers.  Latterly, I seem to have worked with more and more academics.

The marketers were often one step away from being snake oil salesmen.  As one of my former clients was wont to say: ‘It’s all about promise writ large.  Forget the sausage.  A sausage is just a sausage.  Sell the sizzle.’

And the market researchers were often unhelpfully cautious.  On the one hand this; on the other hand that.  ‘Oh, I would so like to meet a one-handed market researcher,’ a client once told me.

But the shortcomings of both the marketers and the market researchers pale in comparison with those of many academics.  The marketers may often have overstated their case.  And the market researchers may sometimes have been reluctant to get off the fence.  But at least they generally said what they said reasonably clearly.  Too many academics employ several thousand words – many of them long, esoteric words – to say, well, who knows what?

As one of my colleagues observed, the language of academia is often ‘polished wibble.  It looks impressive.  But it says very little.’

More than 50 years ago, Rudolf Flesch devised a Reading Ease formula.  (You will find it included in many word processing programs.)  A score of 60 or more suggests writing that most general readers will easily understand.

But the majority of academic writing that has crossed my desk over the past couple of years has struggled to score 20.  One memorable piece scored a miserable 2.3.  That’s not effective communication.  That’s just wibble.