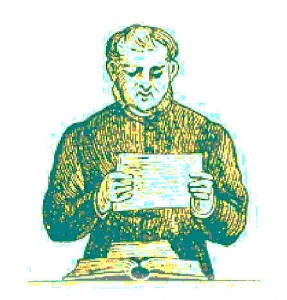 A year or two back, we were approached by a fast-talking (literally) businessman with a bunch of almost totally unrelated ideas and sentences that he wanted us to assemble into ‘a key document’.

‘What’s the key message of this key document?’ we asked.

‘Yes.  What do you want the reader to take away?’

‘What I’ve just told you,’ he said.  ‘Oh, and there are a couple of diagrams that you need to include.  They’re really important.  I’ll email them.’

The more that we thought about his ‘notes’ and ‘thoughts’, the more clear it became that he really had no idea of what he wanted to say.  He had some glib phrases and some almost-impressive sound bites.  But he had no real message.  He had no clear objective.

He had given us 30 or so plausible-sounding sentences.  But, taken as a whole, they didn’t say anything that made sense.  Tossed off at a dinner party, some of them may have sounded vaguely interesting.  A couple may even have sounded slightly impressive.  But, written down, they added up to ‘So what?’

And that’s why writing it down can be so useful.

As the American cartoonist and commentator Dick Guindon once said: ‘Writing is nature’s way of letting you know how sloppy your thinking is.’

If you think you have a great idea – or something important to say – write it down, carefully, in the simplest language that you can muster.  And then put it aside for an hour or a day before reading it back.  Does it in fact say what you want it to say?  Does it say something worthy of your reader’s attention?

Unfortunately, not everything that trips off the tongue says something worth saying.