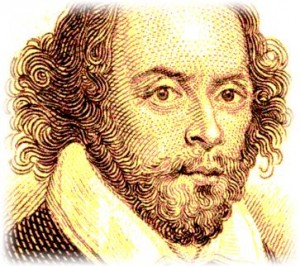 An old friend died recently.  His death wasn’t unexpected; he was nudging 90 and he had been unwell for almost two years.

As a young man he had survived The Great Depression and The Second World War, and, despite coming from a relatively poor family, he had managed to acquire a good education.

By the time I got to know him, his general knowledge was truly impressive, and he had an enviable facility with numbers.  But what used to delight me most was his prose style.  It was spare, but not too spare.  And even when he engaged in fierce pen-and-paper combat, there was always an underlying tone of good humour.

Another friend of mine, a man who spent most of his working life teaching English to high school students, once suggested that you can’t teach kids to write well.  Each good writer learns for themselves.  All of the exercises and tutorials are just opportunities to ‘develop the writing muscles that the natural writers have been given’.

Back in the early-to-mid-1980s, when PCs first started appearing on people’s desks, many arrived with bits of ‘boilerplate’, chunks of prose that could be inserted into documents of one sort or another in order to make life easier for the writers of letters and reports.  Unfortunately, the people who composed the boilerplate sections often knew what to say, but they seldom knew how to say it.  As a result, clunk reigned.  Unfortunately, there is still a good deal of this clunk about today.

Throughout many organisations, there is a tacit belief that everyone can write.  ‘Hey, if our people weren’t literate, we wouldn’t have hired them.’  But this is patently not true.  Some people can write clearly, concisely, and with graceful style.  Others can do little more than arrange words in some sort of order that, on a good day, hints at an attempt to communicate.