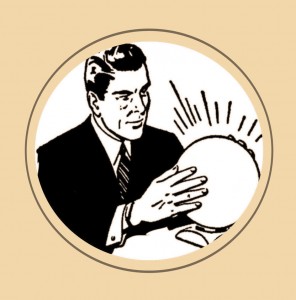 A friend phoned the other day to ask if I thought that prognose was a real word.

I assured her that it was. But I also said that she was unlikely to find it in an everyday dictionary. And her spellchecker would probably reject it. Nevertheless, prognose has been part of the English language for the best part of a hundred years. It’s a back-formation from prognosis. And you will find it in the two-volume Shorter Oxford English Dictionary.

Why did she ask?

‘I’ve just heard a guy on the radio saying that something or other was just as he had prognosed,’ she said.

‘Yeah, I didn’t quite catch what. I was distracted by the word prognose.’

Back-forming verbs from nouns is a fine old English tradition. During the 16th and 17th centuries, the language acquired a great many useful verbs from nouns. Dog, fuel, herd, joke, pocket and voice are just some of them.

Perhaps there was a time when these verbs too would have distracted my friend. But I doubt it. Some words just seem to work better than others.

Take, for example, the verb trouser, meaning to pocket or to appropriate – especially dishonestly. To me, this seems to be a pretty successful coinage. Whereas surveil (another word your spellchecker will probably reject) just seems wrong – even though it has been in use, sporadically, for about 50 years.