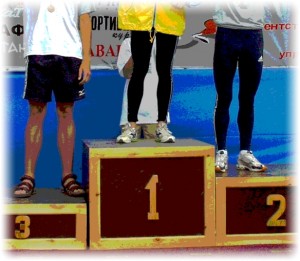 Over the past few years, I’ve noticed a plethora of verbs that just didn’t exist back in my school days.  And most of these verbs are formed from nouns.

Back in those pre personal-computing days, we certainly didn’t email, text, Google or Skype.  We didn’t spellcheck.  We didn’t format or initialise.  Nor did we blog or tweet.

But even outside the realm of technology, I don’t recall cricket umpires widing deliveries that passed beyond the batsman’s normal reach.  And, while batsmen cut, pulled, drove, swept, and glanced, I don’t remember a single batsman ramping.

There were showcases for our talents; but we didn’t showcase.  And I’m absolutely sure that, on sports days, not one of us podiumed or placed.  (Although, on a good day, we did occasionally manage to come first, second or third.)

One of my colleagues fumes (another verb formed from a noun) every time he hears a sports commentator using medal as a verb.  ‘Just no need for it,’ he says.  ‘Besides, it’s confusing and it’s ugly.’

English speakers have been creating verbs from nouns for hundreds of years.  And there must have been a time when everyday verbs like farm, form, foam, fish and filter sounded new and perhaps a little odd.

‘Oi, Gyles, how about you filter that beer next time?’

I remember when a research assistant first suggested that I Google.  It took me a second or two to realise what she meant.  But ten years later, I Google without even thinking about it.  It’s just like shopping.  Or phoning.  Or cycling.

It will be interesting to see how many of the current crop of new verbs survive, and how many of them fade into obscurity.  After all, it’s been a long time since I heard anyone use the verb matronise.  And in case you’re wondering, it means ‘to render matronly’ or ‘to act as a female chaperone’.