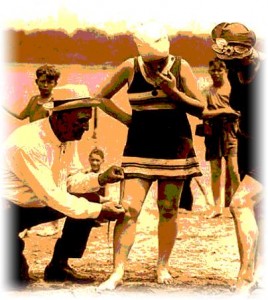 I recently read a document that ran to more than 50 pages.  In fact I read it twice.  I thought that on the first occasion I must have missed some important points.

But, after reading it a second time, I am pretty sure that there were only three important points – and one of those was not that important.

The points were covered in the first couple of paragraphs on page three and then repeated towards the end of page 51.  The rest was just padding.  Inelegant padding.  The kind of padding that inclines the reader to skip a few words here and there, maybe to skip a few sentences, or paragraphs, or even whole pages.

I can picture the author sitting down to write the document.  My guess is that he thought he had something important to say.  So he said it.

But then he realised that what he had said took up only about a third of a page, fewer than a couple of hundred words.  And somehow that didn’t seem important enough.

So he wrote a few more words.  And a few more after that.  And, before he knew it, he had written almost 10,000 words, many of them long important-looking words.  But most of these words were just waffle.

I can picture the author printing out the 50-something pages of waffle.  I can picture him holding the wad of wordy pages in his hand and then enjoying the satisfying thud as he slapped the pages down onto his desk.  Job done.

But the job wasn’t done.  The author’s job was to make it as easy as possible for his reader (or readers) to take in those two or three key points, digest them, consider them, and then to think or act in the way in which the author wanted the reader to think or act.  And all of the superfluous wordy waffle just made that more difficult and more unlikely.

If, rather than spewing out thousands of largely irrelevant waffle words, the author had put his effort into crafting half a dozen clear, concise, easy-to-read paragraphs, he would have increased his chances of success many fold.

When you are writing a document with the intention of making something happen, shorter is usually better.  If a page or two is sufficient to make your argument, clearly and convincingly, then a page or two will suffice.  As George Eliot put it in her essay collection Impressions of Theophrastus Such: ‘Blessed is the man who, having nothing to say, abstains from giving wordy evidence of the fact.’