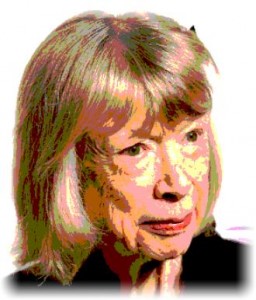 ‘Grammar is a piano I play by ear.’ – Joan Didion

Every now and then I seem to get into a discussion – OK, an argument – with one of the many self-appointed members of the language police.

‘You must not begin a sentence with And,’ one of them insists.

‘The authors of the King James Version of The Bible didn’t seem to think so.  They seemed to think that And was a perfectly good way to start a sentence.  And so did Shakespeare.  And more recently, Joseph Epstein, a writer who has been described as “incapable of writing a boring sentence”, has been quite happy to begin several sentences with And.’

‘And it’s bad grammar to start a sentence with But,’ another tells me.

‘Have you mentioned this to William Zinsser, author of the classic non-fiction writer’s guide On Writing Well?  He seems to be quite at home starting a sentence with But.’

The language police are also vigilant on such matters as splitting infinitives, using contractions, and ending sentences with prepositions.  (‘A preposition must not be used to end a sentence with.’)

But what I find most depressing about the language police is that while they know all the ‘rules’, few if any of them are capable of writing a good, clear, concise and interesting sentence.  Almost without exception, their prose is flat-footed, often convoluted, and frequently ambiguous.

English is a wonderful language.  And, while it has a few conventions (a capital letter at the beginning of a sentence, a full stop or period at the end), it doesn’t really have any rules.  What the language police think of as rules are really just someone else’s preferences and prejudices.

Good English is what works, what sounds right.  And if it works, then it’s good English – regardless of what the language police say.