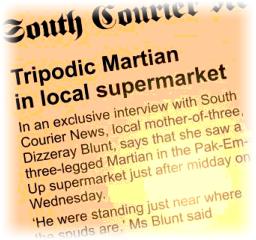 I was having lunch with an old friend recently.  She’s an old friend in at least two senses.  First, I have known her for about 30 years.  And, second, she has had rather a lot of birthdays – certainly a lot more birthdays than I can lay claim to.

I think that she recently celebrated her 127th summer.  Something like that.  And for most of those summers – and a good few winters too – she’s been a volunteer driver for Meals on Wheels.

But her Meals on Wheels days may be coming to an end.  You see, the government apparently has a plan to produce all future meals in a big factory just off the coast of New South Wales.  These mass mass-produced meals are to be frozen solid and then shipped in trucks the size of freight trains to various hospitals, from where they will be distributed to those elderly and infirm house-bound citizens who are in need of a bit of pre-prepared sustenance.

‘It’s ridiculous!’ my friend said.  ‘Half the people getting Meals on Wheels don’t have a microwave.  And most of those who do have one don’t know how to use it.  They won’t be able to eat the meals until the next day.  That’s no good.’

‘You’re not thinking of the cook-chill plan that’s currently being considered for some hospital food, are you?’ I asked.

‘And did the Meals on Wheels chaps tell you this?’

‘They didn’t even know about it,’ my friend said.  ‘I don’t think the government wants them to know.’

Now it is entirely possible that either my friend – or her friend, Maude – misread the story in the local paper.  But I’m more inclined to think that the story was so badly bent out of shape that a misinterpretation was almost inevitable.

Some local newspapers do a great job of ‘crusading’.  But there’s a fine line between whipping up local interest and seriously distorting the facts in order to ensure a good headline or two.

Greenpeace’s co-founder, Paul Watson, has been quoted as saying ‘It doesn’t matter what is true; it only matters what people believe is true.’  But I don’t think that’s right.  What is presented as fact should at least be factual.