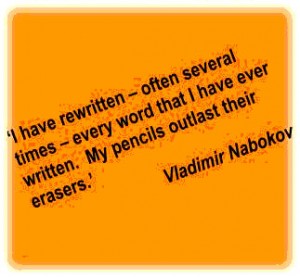 My love of written English really kicked in when I was eleven.

My English teacher that year was a diminutive woman whose own passion was for copperplate handwriting.  My recollection is that she didn’t much care for how you shaped a sentence or a story; but if you wanted a good mark, you had better shape each of your handwritten letters perfectly.

Unfortunately, my own handwriting was idiosyncratic to say the least.  It wasn’t difficult to read.  In fact it was very easy to read.  But it bore little resemblance to Mrs A’s idea of ‘proper’ handwriting.  As a consequence, my work seldom made it onto the pride-of-place board on which was displayed ‘Work we are proud of’.

I was reminded of Mrs A recently when I was re-reading Writing That Works by Kenneth Roman and Joel Raphaelson.

While it was written before the advent of the Internet – almost before the advent of PCs – Writing That Works (How to write memos, letters, reports, plans and other papers that say what you mean – and get things done) is as relevant today as it was when it first came out.  It’s a small book – just over 100 pages – but it’s crammed with practical tips on ‘how to write with clarity, precision, brevity, and the force of logic’.

One of the top tips is edit everything you write.  Good writers, the authors suggest, consider revising an essential part of writing.  ‘The better the writer, the less satisfied he [or, presumably, she] is likely to be with his first draft, or even his second.’  So write and revise, and then revise again.

Roman and Raphaelson suggest that, wherever possible, drafts should be left overnight and then revisited the following day.  ‘Imperfections that were invisible the day before will now pop out at you.  Through some alchemy of time, you’ll know what to do about them.’

In the email age, it has become common practice to dash off a hundred or even a thousand words and then immediately press SEND.  The regularity of the machine rendered letters of today’s emails would have delighted Mrs A.  But it seems to me that, nine times out of ten, clarity, precision, and brevity are conspicuous by their absence.

In the interests of better communication, it’s still best to write and revise.  And then revise again.