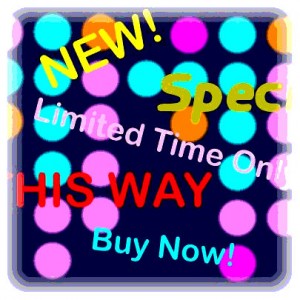 Everybody’s talkin’ at me / I don’t hear a word they’re sayin’ – Fred Neil (although for most of us, probably via Harry Nilsson)

According to the cab driver who was taking me home a couple of days ago, everyday communication has become ‘too bloody complicated’.  ‘There’s just too much stuff coming at ya these days.  No wonder nobody knows what they’re doing.’

He was telling me this as he piloted the cab through heavy traffic, doing his best to ignore temporary traffic signs, while following instructions from the lady on his satnav and listening to talkback radio.  Oh, and he was also offering advice to more than a few of the other drivers with whom we were sharing the road.

‘My son,’ he told me, raising his voice above the sound of the radio ‘works at a call centre.  And do you know, about half of the calls he gets are from people who can’t even follow instructions.  They get something in the mail, or they go onto their smartphone or their computer, and yet they still have to call the call centre.  What’s that all about, eh?’

I was about to suggest that perhaps some of the problem might lie with the fact that the original communication was not sufficiently clear or concise.  But, by then, he was hanging out of his window suggesting to a woman in a Mercedes that if she wanted to ‘drive like that’ she should find a disused airfield somewhere.

I am old enough to remember when most written communication was pompous but focussed.  Dear Sir, In reply to yours of the 13th inst., the outstanding balance is $13.43.  Yours, etc.

And screens generally had just one image and maybe a line or two of text.

Today, the authors of both written and electronic communication seem to find it hard to resist bombarding the recipient with as many messages as possible.  And the possibilities are seemingly endless.  But, as one of my colleagues says: Just because you can, it doesn’t mean you should.

If you have something to say, something that you want your reader to understand and act upon, it’s still a good idea to ensure that what you write is clear, concise, and focussed.  As George Bernard Shaw once observed: ‘The biggest problem with communication is the illusion that it has taken place.’