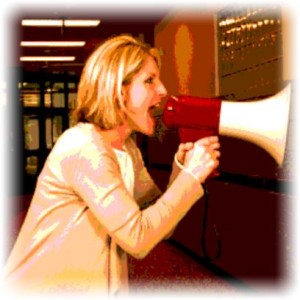 Has the tone of the dissenting voice in public discussion become less civilised, potentially more damaging?  Or has it just become easier to ‘hear’ the more extreme voices?

Has online comment and the Twitterverse simply brought the conversation that previously took place in a pub (perhaps a pub which most of us never visited) directly to our ever-accessible screens?

Recently, Deborah Hill Cone, a columnist for The New Zealand Herald, wrote what I thought was a pretty fair ‘starter for ten’ on the part that ageing, shallow celebritydom, and cyber bullying may have played in the death of Charlotte Dawson (of whom, I must confess, I had never heard).  Within minutes, Ms Hill Cone had people not so much disagreeing with her as damning her and wishing her horrible harm.

A few days later, Ms Hill Cone wrote a sort of explanation – although I’m not sure that one was required.  And, again, she was the target of much ill-tempered vitriol and damnation.

When things like this happen, it is tempting to think that there ought to be ‘rules’, laws even.  Surely, people shouldn’t be allowed to express their opinions in nasty, hurtful language.  As the apocryphal grandmother said: If you can’t say it nicely, don’t say it at all.

But where do you draw the line?  What is hurtful to one person may simply be ‘honest opinion’ or ‘robust comment’ to another.  Also, in my experience at least, there are many, many people who are simply incapable of putting their thoughts into anything resembling coherent language.  For many of these people, the only way to say ‘I disagree with your point of view’ is to say: ‘Fuck you, shitface.  May you and all of your children die a horrible death.’

So, what’s the answer?  Well, there was a time when published comments and opinions – letters to the editor, for example – were subject to intervention.  Sub-editors applied their considerable skills to turning sows’ ears into something more akin to silk purses.  But the principle that the internet is free does not allow for the costs associated with professional sub-editing.  What gets submitted tends to get posted.

However, here’s a thought: maybe it’s time to bring back the sub-editors.  Maybe we would all be better off if, when posting a comment, the poster paid a small fee.  Maybe a dollar.  Or two dollars.  This would not be an arbitrary revenue-gathering toll, but a contribution to the cost of sub-editing in the interests of a better ‘finished product’.  It’s just a thought.  But if you have a better one, I’m listening.