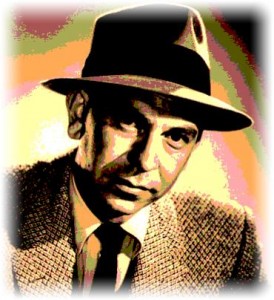 Anyone old enough to remember radio in the 1950s and 60s (and, yes, there are some of us), will probably remember the iconic police drama Dragnet.  And they will probably also remember Sergeant Joe Friday’s catchphrase: ‘All we want are the facts, ma’am.’  Tell us what happened – and then we will worry about why it might have happened.

Sixty years on, advances in news gathering and dissemination should have made getting the facts really simple.  Certainly simpler than it was back in the days of reporters with steno pads and bulky tape recorders and film cameras the size of suitcases.  But it hasn’t.

Spinmeisters now intervene at every opportunity in an attempt to ensure that we only get the facts that cast their paymasters in a favourable light.  The less favourable facts they endeavour to block or twist or bury.  Call it PR, call it reputation management, call it message enhancement; but make no mistake, these activities are not aimed at a full disclosure of the facts.

And yet, in some ways, the spinmeisters are not the biggest part of the problem.  Even more concerning is the role of the mainstream media in the 21st century.

There was a time – maybe back in Dragnet days – when mainstream media reported the facts and offered opinions.  But there was always a clear line between the two.  This is what we understand to be the facts; and this is our opinion.  But today that line has all but disappeared.

Today, all too often, opinions are presented as facts.  And even before the facts are in, there are tens or hundreds of ‘commentators’ offering their interpretations, adding ‘speculative facts’, and suggesting conclusions that any right-thinking person would be unwise to ignore.

This year is an election year.  We are told that the outcome will be a near run thing.  And, indeed, it might be.  But how are voters supposed to decide without facts?  It’s not an old-fashioned beauty contest.  This is not a question of which group of would-be parliamentary representatives looks best in bathing costumes.