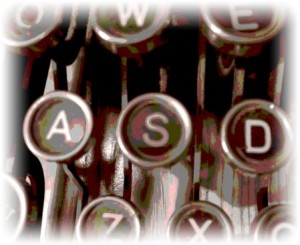 When I was just starting out in the writing business, I had an editor who insisted that good writing was largely a matter of thinking carefully about what you wanted to say; saying it as simply as possible; and then making sure that you had, indeed, said what you intended to say.

It was good advice.  But I soon discovered that the hardest part is usually the first part: deciding what you want to say.

Among my more-experienced colleagues, there seemed to be two main approaches to this potential difficulty.

The first was what I came to think of as ‘the Ernie approach.’  Ernie was one of the most-respected senior writers on the team.  His approach was to spend great chunks of time pacing the corridors with his eyes on some far distant horizon before suddenly ducking back into his cubbyhole and banging out a thousand or so words of near-perfect prose.

The second approach was what I came to think of as ‘the David approach’.  David didn’t bother with any of the corridor pacing.  He just sat down at his typewriter and started pounding away.  Once he had covered ten or 15 pages, he put them in a stack, face down, on his desk, and wandered off to the kitchen to make himself a cup of coffee.

Fortified with a shot of caffeine, he would then take up a blue pencil and quickly read through what he had written, circling a sentence here and a sentence there, highlighting a word here and a word there.  And then, when he had worked his way through all ten or 15 pages, he would put a fresh sheet of paper into his typewriter and start saying what he really wanted to say.  As he said, the first part of the process was just to clarify his thoughts and canvass some possibilities.

Over the years, I’ve used both the Ernie approach and the David approach.  They both work.  But, increasingly, I find myself leaning towards the David approach.  Perhaps I shouldn’t be surprised.  As another editor said: Most writers become writers in order to discover what they think.  Or was that Joan Didion who said that?