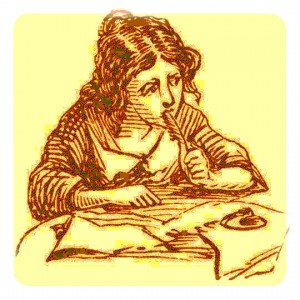 I was doing a bit of ‘housekeeping’ recently and I came across a draft of a document that a client had sent us to tidy up.

It was Grade A gobbledygook.  But its author, a senior manager in a technology firm, thought that it was ‘pretty near perfect’.  Unfortunately (for him), his boss didn’t agree.

The author was a man with both vision and energy.  He had an impressive CV.  And his persistence was legendary.  But, on paper, he was barely literate.  As we worked through his draft document – cutting and polishing and rewriting whole chunks – the reason for his poor writing skills became clear: he thought that writing was easy.  Really easy.

‘Anyone can write well,’ he said.  (Although, clearly, he couldn’t.)

This man had spent many, many hours – years even – thinking about ‘hard stuff’ like technical solutions and business processes.  But writing?  What was there to think about?  You just did it.

Over the years, we have encountered many poor writers who, nevertheless, have thought that they were pretty good.  Many of them have been business people, but more than a few have been academics or public servants.  Most have worked long and hard at their ‘day job’.  But writing is something to which they have seldom given a second thought.  Writing is something you just do.

Becoming a good writer requires the same degree of effort and dedication as it takes to become a good accountant or a good administrator or a good engineer.  In the words of William Zinsser: ‘Writing is hard work.  A clear sentence is no accident.  Very few sentences come out right the first time, or even the third time.’

If you find it easy to write well, there’s a very good possibility that you’re not trying hard enough.  And if you find it hard work, that’s simply because it is.  It really is.