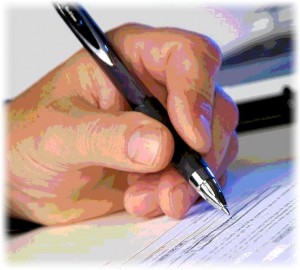 I began my working life during the era of the memorandum.  Back then, memos came in many flavours.  Some were written to inform the reader; but, as Dean Acheson famously quipped, many many more were written simply to protect the writer.

And don’t think that just because they were laborious to produce – drafting, typing, amending, adjusting, retyping (often more than once), and then delivering them by hand or by snail-mail – that they were few and far between.  Despite many of them having little relevance to the recipient, they tumbled into our physical inboxes almost as frequently as emails now tumble into our virtual inboxes.  How often they got read … well, that’s another matter.

But there were exceptions.

For a while, I worked for an organisation headed by a man whose memos had an almost poetic quality to them.  They were generally quite short – a paragraph or two at most – beautifully crafted, and, like any good poem, they were almost always rewarding to read.

After three or four years, our paths diverged: I moved off to another organisation, and, soon after, the chairman-poet moved into semi-retirement.  But then, a few years later, I ran into him – quite by accident – and we ended up having a meal together.

During the course of the meal, I told him how much I had admired his memos.  Was there a secret?  I asked.

He confessed that it often took him as long as 20 minutes or half an hour to compose one of his compact communiques.  But he consoled himself with the knowledge that if he dashed something off in three or four minutes, and then nobody read it, that was three or four minutes totally wasted.

He also said that he tried to never use a word or phrase in a memo that he wouldn’t be comfortable using in a casual face-to-face conversation.  ‘I’m just not a “moreover” kind of bloke.  And I think if I was to use “moreover” in a memo, the reader would think that either a) I hadn’t written it, or b) I was being pompous.  Neither of which would help my cause.’  He was answering my question rather than offering advice; but I took it as advice anyway.

Emails have, of course, taken over from memos.  But I think the same rules apply.

A friend of mine is famous for her emails.  I’m sure that many people think that she just pumps them out.  But I have seen her at work.  She really toils over them.  As she says, the test is not of what she puts in, but of what the reader takes out

Are you someone who would say ‘moreover’ in the course of a pub conversation?  If the answer is no, then maybe you shouldn’t use such words in your writing either.  And next time you are tempted to rattle out an email in three or four minutes, remember, if your reader doesn’t take out what you wanted them to take out, you have wasted those three or four minutes – and possibly a whole lot more.