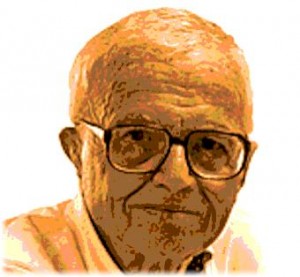 Many years ago, when I worked in advertising, it used to be said that there were three legs to the successful copywriting stool.

The first was: Who are you writing for?  The second was: What is the single most important thing you have to tell this person?  And the third was: Why should they believe you?

Get one of those things wrong (we were told) and the stool would fall over.

And then later, when I started writing for magazines, I remember the editor of a sailing magazine telling me that the magazine’s typical reader was ‘a sea dreamer’: someone who loved the idea of offshore cruising – even though they would probably never get to sail out of sight of land.

The editor of a business magazine told me that his magazine’s typical reader was a mid-level manager looking for a fast track to the top.  ‘They don’t want to be told that it’s a long road to a C-level job.  They want a story with a moral, and a few buzzwords that they can trot out tomorrow.’

And then I read William Zinsser’s classic guide to writing nonfiction, On Writing Well.

In Chapter 5, The Audience, Mr Zinsser convinced me that, even with the best will in the world, you can’t really second guess the reader – or even the editor.  And, in his opinion, the best strategy is always to write for yourself.  If your reader likes what you have to say – and how you say it – you’ve achieved your objective.  And, as Mr Zinsser so cheerfully puts it: ‘If you lose the dullards back in the dust, you don’t want them anyway.’

If you’re still reading at this point, then you know that Mr Zinsser was not altogether wrong.  And if you’ve already stopped reading … well, what can I say?