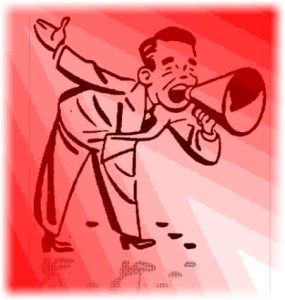 Even though the local body elections are still not quite done and dusted, I get the feeling that we are already being softened up for next year’s general election.

According to a professor of political science with whom I occasionally share a glass of wine, 99 percent of politicians have just one objective: to get elected.  And then, once they are elected, most of them move on to a second objective: to get re-elected.

A few years ago, a distant cousin of mine spent some time writing speeches for politicians seeking to get elected.

Chris was – still is – a talented writer.  And he has a great ear.  He knows how to make scripted prose sound real and fresh and … well … almost convincing.

I remember one speech that he wrote that had me almost feeling that I should get to my feet and cheer the speaker, a would-be politician whose politics were almost the antithesis of my own.  For 20 minutes or so, I set aside our differences and let the fellow’s rhetoric (well, Chris’s rhetoric actually) wash over me.

‘What do you think?’ Chris asked me afterwards.

‘Very good,’ I said.  ‘Pretty persuasive.  Pretty convincing.  Although I suspect that most of the “facts” quoted were not all that factual.  In fact, I suspect that some were outright lies.’

‘You think so?’ Chris said.  ‘If you are not entirely convinced, do your own research.  Reach your own conclusions.’

‘Yeah, but most people won’t,’ I said.  ‘Most people – including most of the people who were here tonight – just want someone to confirm their own prejudices.’

‘Exactly,’ Chris said.  ‘So why disappoint them?  They’re not worried about the truth.  They just want to vote for someone who’ll tell them what they want to hear.’

This entry was posted in Uncategorized. Bookmark the permalink.