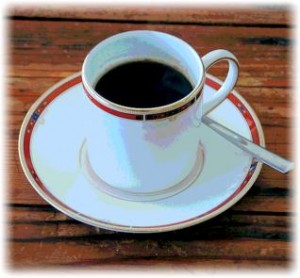 Recently, a dear friend (who is also an art tutor) was struggling to put together a manual.

This woman knows her stuff.  And she’s an eloquent speaker.  But when she tried to produce a written version of some of the ideas and techniques that she is so good at conveying to her students, the result was, by her own admission, ‘pretentious treacle’.

‘It’s not what I intended,’ she said.  ‘I was really hoping for a conversational tone.  Are there any tricks I should know?’

Well, yes, there are.  Although I’m not sure that they’re really tricks.

If you want to produce conversational prose, the first thing that you need to do is converse.  You need to have one person in mind.  And you need to talk to that one person – as though you were talking to them over a cup of coffee.  If you try to write for a crowd of strangers, you soon run the risk of talking to no one.

The second thing you need to do is to keep your language simple.  Wherever possible, try to use short, everyday words.  And, where it’s necessary to use technical or jargon words, make sure that their meaning is clear to the person to whom you’re talking.

The third thing is to use short sentences.  Avoid putting several ideas into the same sentence.  If you have several ideas – even closely-related ideas – give each one its own sentence.

The fourth thing is to use short paragraphs.  Research suggests that people try to chunk information into bite-sized blocks as they read.  Do them a favour; save them the time and the effort; do it for them.  The easier you can make it for your reader to read, the longer he or she will keep reading.

And, as you finish each bit of your conversation, read it out.  Aloud.  Does it sound right?  If it sounds right, then there’s a very good chance that it will read right.

Oh … and would you like another cup of coffee?