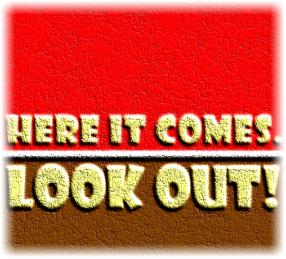 Back in the dim distant days of the fifth form, we had an English teacher who insisted that nice – in the sense of ‘pleasant or agreeable’ – could only apply to food.  A ‘nice day’ or ‘a nice broad-brimmed hat’ was sure to lower the A-minus your essay might otherwise have warranted to a B-plus.

I’m not sure where this exclusive association with food originated.  At various points in history, nice has meant ‘foolish’, ‘stupid’, and ‘loose-mannered’ (among other things).  And the pleasant-agreeable usage has been around for at least 100 years.  But, if you didn’t want to be docked much-needed marks, you quickly learned to serve nice only with food – at least until you were safely through to the lower sixth.

There were a number of other words about which Sir had strong feelings.  Utilise was one.  Utilise (we were told) meant to put to use something which might otherwise be discarded.  A builder could utilise old bricks; but, if the bricks were new, he simply used them.  ‘Utilise is not just a posh synonym for use.’

Sir was also most particular about the use of anticipate – ‘to be aware of something in advance and take steps to deal with it’.  Anticipate was not a synonym for expect or await.  But, unfortunately, that is what it seems to have become.

Just a few days ago, the business desk of a well-respected news organisation said that ‘Facebook priced its initial public offering at $US38 per share ahead of one of the most eagerly-anticipated share flotations in recent stock market history.’  And the sports desk of the same organisation talked about ‘the much-anticipated match-up’ between two leading rugby halfbacks.

It’s probably too late to turn back the tide.  Anticipate has already become a synonym for expect or await.  But, in allowing that to happen, we have deprived ourselves of a perfectly good single word meaning ‘to be aware of something in advance and take steps to deal with it’.  It seems that too few of us had anticipated this.