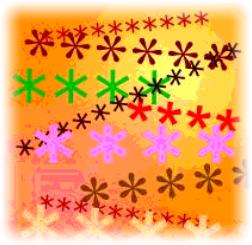 For at least the past 250 years, the English language has had a handful of words which are not considered appropriate for use in polite company.  Vulgar is a term that dictionaries sometimes use to describe these words.  Coarse is another.  And there are even a few words that dictionaries describe as ‘highly taboo’.

Interestingly, with the exception of one or two recently coined compound words, none of these words started out as ‘vulgar’ or ‘highly taboo’.  They started out as pretty ordinary – and useful – nouns and verbs.  But then, for some reason, they found their way onto the ‘naughty’ list.

Of course, people at both ends of the social scale continued to use the naughty words, but, throughout the 18th, 19th and much of the 20th century, it was unusual to see them in print.

As recently as ten years ago, a newspaper to which I occasionally contributed had a list of about a dozen words that were absolutely forbidden.  It also had another list – of about 30 words – that were ‘to be avoided wherever possible’.  And where (in the interests of journalistic integrity) it was not possible to avoid one or more of them, ‘the judicious use of asterisks’ was recommended.

And so the accused was alleged to have called the shopkeeper an a***hole.  And Councillor X said that The Mayor was talking bulls**t.  Of course, despite the asterisks, the journal’s readers – even the journal’s most sensitive readers – were in absolutely no doubt what the accused and Councillor X had actually said.  If anything, the asterisks simply drew added attention to the so-called vulgar words.

Recently, I have noticed that Readers’ Comments in online versions of some of the major newspapers are increasingly peppered with asterisks.  ‘The world is a mess because of greedy b******* like you,’ for example.  And … ‘You guys just don’t give sh*t do you.’

If you feel happy calling the columnist a greedy bastard, then do so.  If you don’t, then don’t.  But enough with the asterisks.  They are doing my head in.