‘Gradually, as the time invested by the average writer and the average reader in the average sentence falls, society’s ability to communicate in writing decays.’ – David Gelernter 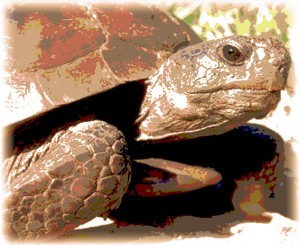 In my first ‘proper’ writing job I was lucky enough to have two mentors.

One, Don, had studied economics and had begun his working life as a Chartered Secretary.  He wrote his copy in longhand on pages from a lined foolscap pad.  Whenever possible, he started writing at the earliest possible opportunity and then put the draft to one side, sometimes for a few hours, sometimes for a few days.  Later, he would take it out and spend about as long polishing it as he had spent on writing it.

My other mentor, David, had begun his career as a reporter on a daily newspaper.  He typed his copy on an old manual typewriter.  And he wrote it at what always seemed like the last possible moment.

Both men were experienced writers.  Both answered the brief they were given.  Both met their deadlines.

As a junior, I found it easier to adopt Don’s method of working: starting early; letting time do its work; and then polishing, polishing, polishing.  But I also looked forward to the day when I would be able to match David’s daring high-wire act: dashing off a few hundred ready-to-publish words in less time than it takes to drink a cup of coffee.

Alas, I never did manage to acquire David’s apparent facility.  And, looking back a few years later, I realised that neither did he.  Yes, his pieces met the brief.  But there was hardly one that could not have been improved considerably by a fresh eye and a vigorous polish.

I think that David would have loved modern technology.  He could have produced even more words in even less time.  In fact, like many other people, he probably would have felt obliged to do so.

Sometimes a little slower is a lot better all ‘round.