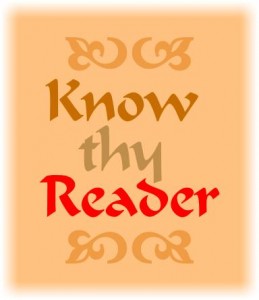 Of course, this may have something to do with the fact that, while most of us like to think that we make decisions and reach conclusions based on the best available evidence, we are rather more likely to take up a position and then look for evidence to support our choice.

We also tend to avoid or discount any evidence that does not support our choice.

Unfortunately, many non-fiction writers seem to believe that the facts will speak for themselves.

‘Here’s why our product is best.’

‘Here’s why you should choose us as your preferred supplier.’

Just tell the reader what is what and it will be ‘job done’.

But unless the writer’s version of reality matches the reader’s version, the simple facts may not be enough.  Indeed, the reader may well consider your facts to be far from factual.  (Look at the global warming debate.)

One very successful copywriter with whom I used to work reckoned that the most useful piece of information he could have before he put pen to paper was a clear understanding of how the intended reader already thought about what he was going to write about.  What did she know?  What did she believe?  What did she feel?