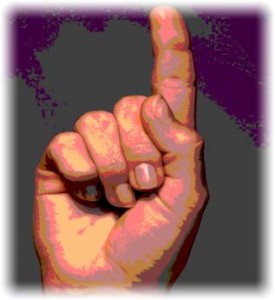 I clearly remember, about 30 years ago, sitting on a Continental Airlines DC-10 at London Gatwick Airport, waiting to take-off for New York.

The aircraft had left the gate on time, but almost half an hour later we were still firmly on the ground.  Throughout the cabin, passengers seated next to the windows peered this way and that, trying, with little apparent success, to see what the hold-up was.

Finally the captain came on the tannoy and, in his best Chuck Yeager voice, announced:  ‘Ah … a bit of a … ah … delay this morning, folks.  But we’re moving up the line, and we … ah … expect to be cleared for take-off momentarily.’

As someone who had grown up with British English, I did not find this at all reassuring. Momentarily meant ‘briefly’ or ‘for a moment’.  One could pause momentarily.  But take-off momentarily?  I didn’t want the plane to leap briefly into the sky and then just as quickly return to the ground.  I wanted it to stay in the sky all the way to New York.

Happily, we were soon airborne.  And we stayed airborne all the way to Newark.  (Or was it LaGuardia?)  And, as I began to visit the US more frequently, I gradually got used to speakers of American English using momentarily to mean ‘at any moment’ or ‘instantly’.

The memory of that first encounter with momentarily in the US sense came back to me earlier this week when I heard the very British English-speaking chair of a panel discussion on New Zealand radio saying ‘We’ll get to that momentarily, but first …’.

Ah well, I suppose with films, TV, and the Internet, it was only a matter of time.