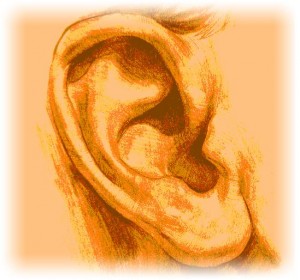 As a child, I had a rather low opinion of poetry.

I realise now that, on the whole, the poetry that we were exposed to at school was largely of the dumpity dump variety.  Robert Browning’s How They Brought the Good News from Ghent to Aix is an example that sticks in my mind.

I sprang to the stirrup, and Joris, and he; / I gallop’d, Dirck gallop’d, we gallop’d all three;

It was OK.  But it certainly didn’t make me want to stand and cheer.

And then I discovered the young Roger McGough (and his fellow ‘Liverpool poets’).  And Robert Graves.  And John Betjeman.  And TS Eliot.  And William Carlos Williams.  And Philip Larkin.  And Kendrick Smithyman.  And everything changed.

Forget dumpity dump.  These guys were writing clever, funny, sad, engaging stories, and they were making wry observations.  But their writing was tight.  In some cases, it was very tight.  Their words were well chosen.  Their images were vivid.  And reading their poems reminded me of the rhythms of a great jazz solo.

sometimes / I feel like a priest / in a fish and chip queue, Roger McGough said.

And, Kendrick Smithyman began by saying of the Mangatawhiri Stream during the Maori Wars, that it was: Shabbier than a frontier ought to be,

And that: this stream (one understands) could be crossed / by a General getting on in years and not up to / his job, stumping ahead with his walking stick / to lance the nodes of ambush.

Messrs McGough and Williams and Smithyman didn’t make me suddenly want to become a poet.  But they did make me think about the prose that I wrote in an entirely different way.  I suddenly realised that, in addition to everything else, I had to write for my reader’s ear.  My prose not only had to read right, it also had to sound right.