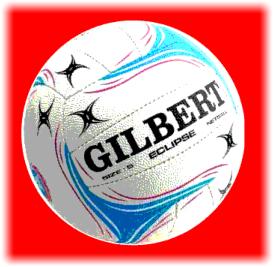 From my office window I can look down on the parking lot attached to a nearby indoor netball facility.

We are not talking here about the kind of venue that hosts international contests, or even matches between national league teams.  We are talking about one of the several venues that provide a space for the more socially-oriented teams to don their sneakers and try their skills against a team from the office or factory or superstore down the road.

The players in these teams come in a variety of shapes and sizes.  Some would not look out of place in a ‘serious’ team.  But others appear to be, well, bordering on overweight or over-age.  And, in some cases, both.  Nevertheless, I see them gathering in the parking lot and then traipsing in to the building, apparently ready to give it their best for their team, and I, watching from on high, think ‘Good on you, mate.  And good luck.’

On a fine evening, when all of the doors and windows are open, I am then serenaded by a muffled chorus and shouts and cheers, interspersed with rather frequent blasts on an umpire’s whistle.

Then, the match having run its course, one team having presumably triumphed, and the other perhaps having vowed to do better next time, the players traipse back out into the parking lot where they stand in clumps, perhaps analysing what went right and what went wrong, but also, possibly, trying to agree on which pub to stop off at on their way home.

But what never ceases to surprise me is the three or four – sometimes six or seven – players whose first act on reaching the parking lot is to find a space against a supporting wall and light up a cigarette.

Like many 11 or 12-year-olds of my generation, I tried a cigarette behind the bike sheds.  Fortunately, it was not something which I enjoyed or felt the need to continue with.

I am not one who crusades against smoking.  I believe that, within reason, people should make their own choices, their own decisions.  But it does seem slightly odd that someone who gives it their all on the netball court would then immediately rush outside for a cigarette or two.

What does this have to do with writing clearly and succinctly?  Not a lot.  But sometimes, when my brain is feeling a little overloaded and the words are not flowing quite as smoothly as I would like them to, I just stop and look out of the window for a few minutes.  It works for me.  Who knows, it might work for you too.