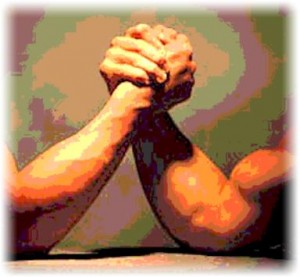 Getting someone to change their mind is never easy.

When I was growing up, we had a neighbour, a retired accountant, who held strong and often controversial views on pretty much any topic you cared to name.  Give him an audience – and a cup of tea or a glass of beer – and he would tell you why many of the then well-known truths were simply not true.  His data and his logic seemed sound.  And yet few people ever believed him.

Fifty or so years later, it turns out that, on several topics, he was definitely more right than wrong.  Unfortunately, many of the people who refused to believe him all those years ago are no longer around to acknowledge his perspicacity.

Max Planck, one of the founding fathers of quantum theory, once said that a new truth does not triumph by convincing its opponents.  It triumphs because its opponents eventually die and a new generation grows up with the new truth.

If you need proof of this, spend a few minutes scrolling through the comments appended to just about any online op-ed piece.  You will quickly see that the yea-sayers were already in the author’s camp before they sat down at their keyboards.  The naysayers, on the other hand, were almost certainly from the other side.  The person who says: ‘I think I’m going to have to change my mind’ is very rare indeed.

This is a challenge for anyone presenting the ‘surprising’ results of a piece of research or trying to pitch a ‘different’ solution.  Whether the new idea is of a scientific, commercial, or political nature, it is going to have to battle against readers looking for confirmation of their already-held beliefs.

Sadly, authors are often their own worst enemies.  First, many have a tendency to ‘shout’ at their non-believing readers.  And no one likes being shouted at.  Second, in an effort to present their view in the best possible light, many have a tendency to totally disregard any data that doesn’t support their argument.  They tell of ‘an astonishing increase of 89 percent’, but neglect to mention that this ‘astonishing increase’ was based on a three-year data set selected from an otherwise unremarkable 128-year series.

And, if neither of these ploys works, they often resort to demonising any reader who fails to share their opinion.  Labelling people who don’t buy into the anthropogenic climate change argument as ‘deniers’ is a good example.  Unfortunately, shouting ‘You, sir, are an idiot!’ is seldom a good way to get someone to change their mind.

So what can you do?

The best advice that I ever received on this subject was from a man who had been both a successful editor and a successful publisher.

‘If you think your reader is likely to hold a different view to the one which you are about to express, keep this in the forefront of your mind.  Then express your own view clearly and succinctly, using the simplest language that you can.  Explain what you need to explain and refute what you need to refute.  And always respect your reader.’

It doesn’t guarantee success.  But it does seem to produce better results than most of the alternatives.