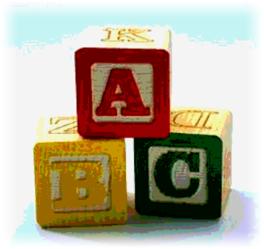 It was early November – just before or just after Guy Fawkes Night.  I can’t remember which.  I was five years old; soon to be six.

Our teacher began the day by reading us a story, and then called for someone to give a ‘morning talk’.  Anthony’s hand shot up.  ‘Me, Miss, me.’ Miss favoured Anthony with selection and, in a flash, he was up in front of the class and ready to start his oration.

‘Me had a Jumping Jack, me let it off, and it jumped on me yud,’ Anthony declared with all the confidence of a seasoned game show host.

The class laughed and applauded, and Anthony, beaming proudly, returned to his seat.

The teacher commended Anthony on his spirited delivery and then, very gently, suggested that it might have been even better had he said: I had a Jumping Jack, I let it off, and it jumped on my head.  And that, as I recall, was the end of our English lesson for the day.

A year later, now six going on seven, I moved to a new school.  And almost the first thing that I was asked to do was to read aloud from a book.  One small problem.  At my previous school, we had talked and we had listened.  We had mastered the basics of addition and subtraction, and division and multiplication – and a few other things besides.  But no one had taught us six-year-olds to read.  Or to write.  I was, by all normal criteria, illiterate.

Luckily, I seem to have been a fast learner and, a year later, I topped the class in English.  As far as I can recall, I remained in the top two or three in every English class until the day that I finally left the education system and began to earn my living primarily as a writer.

To anyone who is not illiterate – and if you are reading this, that probably includes you – the difficulties that come with even partial illiteracy are sometimes hard to comprehend.  Despite recent developments, being a fluent reader and writer still underpins most education, whether in primary school, secondary school, university, and even in life beyond the hallowed halls.  And, in many ways, the Internet has only made this more so.

According to a friend of a friend (who seems to know about such things), most people in prison are, to some extent, illiterate.  He believes that their illiteracy is at least part of the reason that they end up on the wrong side of the law.  Not being able to read and write makes it so much harder to earn a decent income.  And unemployment or underemployment can make a life of crime seem like an attractive option.  For a while, anyway.

Thirty years ago, give or take, I had lunch with a very successful young filmmaker who was breathing a sigh of relief because, thanks to calculators, spellcheck, and grammar check, his then seven-year-old daughter wouldn’t have to worry about learning maths or English.  She could focus on ‘more interesting subjects’.  Sometimes, in the middle of a wakeful night, I wonder how things turned out for her.