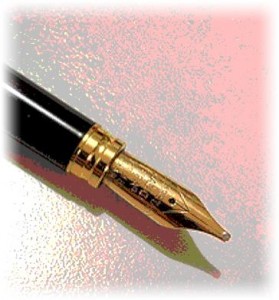 There was a time when newspaper readers who wanted to comment on a particular news item or opinion piece would sit down and pen a Letter to the Editor.  The editor – or more often a sub-editor – would then select some of the letters for publication in the journal.  Occasionally, a letter might make the following day’s edition; but, more often than not, it appeared two or three days later.

I am reliably informed by a chap whose sub-editing duties at one stage included preparing the letters for publication that most were, to some extent, edited.  ‘Ramblers’ were condensed; spelling was tidied; grammar and punctuation were often tweaked to conform to prevailing conventions.  As a result, while the content of individual letters might have sometimes been mad, bad, or sad, the reader could contemplate the content without having to fight her way through a forest of random tos, toos, and twos, theirs, theres, and they’res, and allusions and illusions.

Then, along came online publications and the ability of readers to post their comments directly, without having to go through an editing process.

Within minutes or hours (rather than days), a published news item or opinion piece can now attract 20 or 30 or 100 ‘reader’s comments’.  And each comment can sometimes attract four or five or ten comments on the comment.

Earlier today, I read a thoughtful opinion piece on the problems facing the higher education sector.  I then spent about ten minutes reading some of the many reader’s comments that it had attracted.  And not one of the comments was without several basic written English errors.  Not one of these people who had all the answers to the problems facing the higher education sector could write a simple, readable paragraph.

Of course, some people would say: Does it really matter?  You could still work out what it was that they were trying to say.  It’s the thought that counts, not the way it’s written.

Well, no.  If you have something to say, you need to say it in clear, concise language.  Because if you can’t write clearly, it suggests to me that you can’t think clearly.  And why would I care about the opinion of someone who is incapable of thinking clearly?