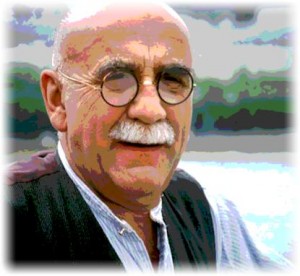 Debate is important.  It doesn’t always lead us to the definitive answer, but it often takes us closer.

Recently, Australia’s Attorney General, Senator George Brandis, suggested – in the Australian Senate – that people should have the right to be bigots.  And many, many people were shocked, horrified, and deeply offended by this.  How could he say such a thing?

According to my dictionary, a bigot is someone who is ‘an obstinate and intolerant believer in a religion, political theory, etc’.  To be bigoted is to be ‘unreasonably prejudiced and intolerant’.  Perhaps not surprisingly, few people consider themselves to be bigots.

Since taking office in 2013, Mr Brandis has devoted himself to reforming the section of the Racial Discrimination Act that forbids people from offending, insulting or humiliating a person or group on the basis of their racial or ethnic origins.  By all accounts, Mr Brandis believes that the Act inhibits free speech.  And Mr Brandis does not think that this is something which the Australian government – or any government, for that matter – should do.

Mr Brandis is not the first person to hold this view.  In varying degrees, John Milton, Baruch Spinoza, Voltaire, John Stuart Mill, and many others, have been of a similar mind.

Spinoza was of the opinion that people should be allowed to think what they think and say what they think.  And, if you disagree with what others say, you should have the right to put forward you own view – but not the right to silence those whose opinions you don’t share.

It’s interesting, isn’t it?  When adherents of anthropomorphic global warming tell their less-sure opponents – emphatically – that ‘the science is settled’, they are, by definition, being bigots.  They are being obstinate and they are being intolerant of other opinions.  And yet it is the deniers who are generally labelled as bigots.

I have a notebook (it started out on paper, but now it is digital) in which I jot down the (to me) interesting thoughts of others.  One such thought comes from the economist Paul Krugman.

‘If you hear that “everyone” supports a policy,’ he says, ‘whether it’s a war of choice or fiscal austerity, you should ask whether “everyone” has been defined to exclude anyone expressing a different opinion.’

It seems to me that the bigots are not always the bad guys.