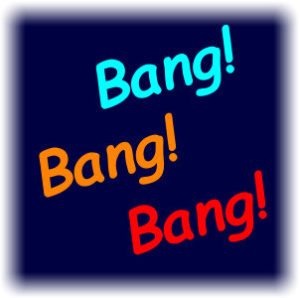 One of my memories of primary school was the start-the-week ritual known as ‘the morning talk’.

I assume that the objective of the morning talk was to help build social confidence among the five, six, and seven-year-olds – a sort of Toastmasters for pipsqueaks.

I seem to recall that many of the morning talks were rambling accounts of nothingness.  ‘Good morning, class.  Here’s a totally unfocused account of some of the not-very-interesting things that I did over the weekend.’  But two talks, in particular, I recall as accounts of great concision.

The first was a talk given by six-year-old Anthony, a scruffy fellow, even by our rather relaxed immediate post-war rural standards.

Reporting on his family’s November Fifth celebrations, Anthony raced to the front of the class and announced: ‘Me had a Jumping Jack; me let it off; and it jumped on me yud.’ And then, satisfied with his ten seconds in the spotlight, he returned to his seat.

‘I, Anthony.  I had a Jumping Jack,’ the teacher suggested.

The other was an account of Christopher’s experience at a birthday party.

‘I was at the birthday party,’ Christopher said.  ‘I got sweet with Elizabeth.  And she thumped me.  It didn’t ‘alf ‘urt.’

‘And what did you learn, Christopher?’ our teacher asked.

‘I learned that you can’t never tell with girls, Miss.’

Ah, yes, we all knew what we knew back in those dim distant days.